Even with more time to read, the result hasn’t been more books that I’ve loved. One of the primary challenges has been the library waiting list, and my dependence on fellow readers’ willingness to relinquish their favorites. I haven’t seen a new release in a very long time, but that doesn’t mean there’s been nothing available to read. I liked these. 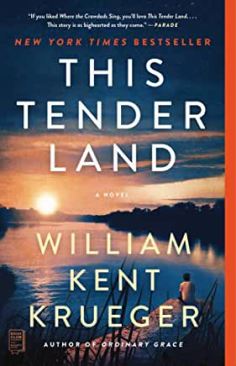 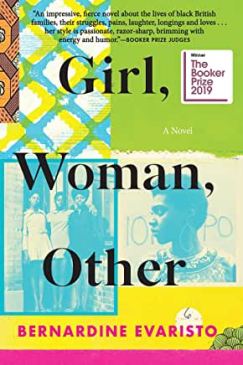 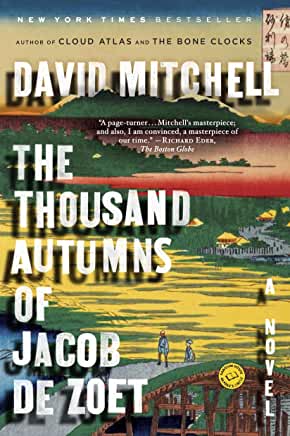 I am a moody reader and can’t tell you what initially interested me in these titles over the past months, but I can tell you each brought me pleasure. I previously wrote of “The Overstory”, but include it again for emphasis. 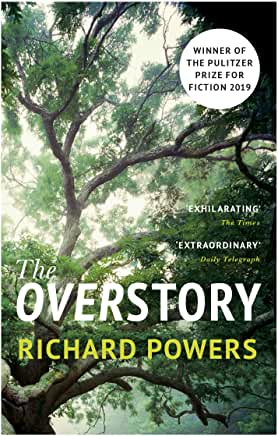 I enjoy music; not so much the ear bud private world of music (although that works too), but the kind that fills my living space. I love listening to classical music while driving, or sitting with a book, or enjoying a meal. I was raised in a family that appreciated music, in a time that offered more space for listening, so the pleasures of music happily accrued to me by default rather than by pursuit. I know what I enjoy, but rarely know what I’m listening to, so I was intrigued when learning of the book Year of Wonder by Clemency Burton-Hill on CBS Sunday Morning a few months ago.

Clemency Burton-Hill is an accomplished musician, and Creative Director, Music & Arts at New York Public Radio. She has put together a list of classical selections to hear by the day for a year, and written a few paragraphs for each to provide a bit of information about the composer and composition. To make things really accessible, Spotify has her playlist. I have only begun this musical journey with her, but it’s fun. I don’t like everything I’ve heard, but I’ve been introduced to many unfamiliar pieces by unfamiliar names, and learned interesting tidbits about those with which I’ve been previously acquainted. She doesn’t ask for a huge time commitment in her effort to educate; most selections are about 5 minutes, and the longest so far has been in the 20 minute range. I look forward to sitting down with her as I wait for something to simmer for dinner; she shares her love of classical music with a light hand.

March came in like a lamb, and went out like a lion; seems like a long time since the new year began. I read a lot, but wasn’t transported away very often during this grey season. Half of what I enjoyed were mysteries, half were life stories I found particularly interesting. Graphics are from Barnes & Noble’s website, as usual. 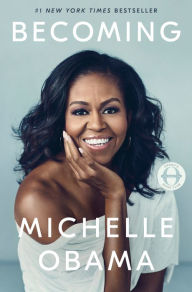 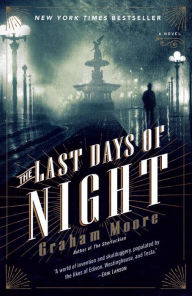 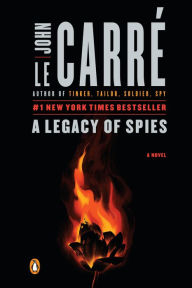 I’ve needed distractions for many months, and enjoyed these. Educated by Tara Westover was mind-boggling, God Save Texas by Lawrence Wright of particular interest given my environment, and Mick Herron’s Slough House series starting with Slow Horses brought laugh out loud relief from current events. I struggled to become engaged with Lincoln in the Bardo by George Saunders but was ultimately swept away. Good writers continue to have my undying respect and devotion. 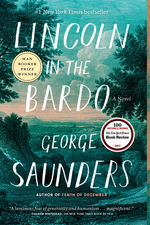 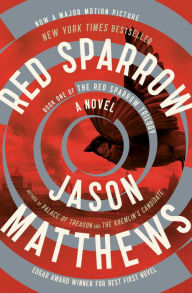 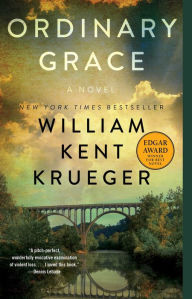 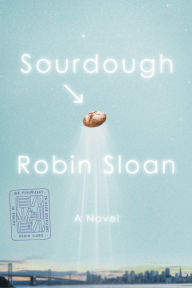 I have to say I’ve read as many but enjoyed fewer books these past six months than is usual for me. I’m sure it’s entirely my fault. These are my winners; let me know what I’ve been missing. 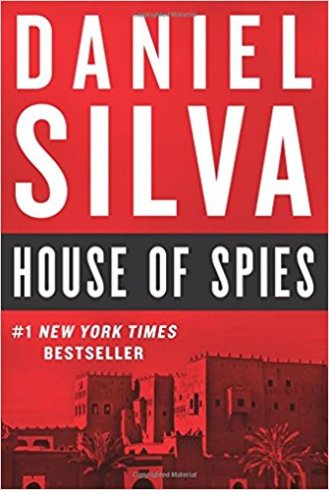 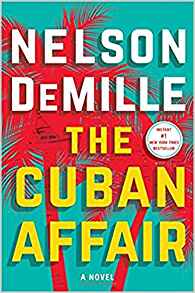 I found all the following books good reading these past few months, but you will notice I have been particularly captured by Geraldine Brooks, whether she’s writing about the Civil War, early New England, King David, or her own life. I completely understand that book preferences are dependent on too many variables to dare to recommend, so you’re on your own! (Graphics and commentary all lifted from Barnes & Noble’s website.)

Devil in the Grove: Thurgood Marshall, the Groveland Boys and the Dawn of a New  America by Gilbert King

San Francisco Chronicle: “[An] excellent book on a little known and horrifying incident in which four young black men were rounded up and accused of raping a white woman, readers cannot help but be awed by the bravery of those who took a stand in the late 1940s and early 1950s.”

Dispatches from Pluto: Lost and Found in the Mississippi Delta by Richard Grant

h the tradition-bound society of the Mississippi Delta like a neutron, without obvious allegiances or biases. At times, it feels as if he’s initiating these experiences knowing full well they’ll provide zippy material for his memoir. But he succeeds, and with flair. His empathic manner, reportorial talent and eye for the unexpected detail make this a chigger-bitten trip that entertains as much as it informs.”

Born to Run: A Hidden Tribe, Superathletes, and the Greatest Race the World Has Never Seen by Christopher McDougall

“McDougall recounts his quest to understand near superhuman ultra-runners with adrenaline pumped writing, humor and a distinct voice…he never lets go from his impassioned mantra that humans were born to run.” —NPR

Live by Night by Denis Lehane

“Lehane’s novel carves its own unique place in the Prohibition landscape. . . . This is an utterly magnetic novel on every level, a reimagining of the great themes of popular fiction—crime, family, passion, betrayal—set against an exquisitely rendered historical backdrop.”

The Old Man by Thomas Perry

“Perry steers this cat-and-mouse adventure across the United States and, eventually, back to Libya, with verve, including just enough verisimilitude to keep intact the willing suspension of disbelief.”—Christian Science Monitor

The Last Painting of Sara de Vos by Dominic Smith

“Riveting . . . His descriptions are beautifully precise . . . The genius of Smith’s book is not just the caper plot but also the interweaving of three alternating timelines and locations to tell a wider, suspenseful story of one painting’s rippling impact on three people over multiple centuries and locations . . . Smith’s book absorbs you from the start.” —Washington Post

The  Secret Chord by Geraldine Brooks

“The Secret Chord—a thundering, gritty, emotionally devastating reconsideration of the story of King David—makes a masterly case for the generative power of retelling. . .some of the magic here has to do with setting and time—for sensory dramatics, it’s hard to compete with the Iron Age Middle East. . .but Brooks’s real accomplishment is that she also enables readers to feel the spirit of the place.” —The New York Times

“Brooks filters the early colonial era through the eyes of a minister’s daughter growing up on the island known today as Martha’s Vineyard…[Bethia’s] voice – rendered by Brooks with exacting attention to the language and rhythm of the seventeenth century – is captivatingly true to her time.” —The New Yorker

“With ‘pitch-perfect writing’ (USA Today), Brooks follows March as he leaves behind his family to aid the Union cause in the Civil War. His experiences will utterly change his marriage and challenge his most ardently held beliefs. A lushly written, wholly original tale steeped in the details of another time, March secures Geraldine Brooks’s place as a renowned author of historical fiction.”

“As a young girl in a working-class neighborhood of Sydney, Australia, Geraldine Brooks longed to discover the places where history happens and culture comes from, so she enlisted pen pals who offered her a window on adolescence in the Middle East, Europe, and America. Twenty years later Brooks, an award-winning foreign correspondent, embarked on a human treasure hunt to find her pen friends.” – Overview from Barnes & Noble website.

Had this been a novel, I’d have found the story fiendishly clever and the product of a highly imaginative, complex mind, capable of spinning an exciting yarn with frightening implications. But it isn’t a novel. It’s reality. I have yet to wrap my mind around what has already taken place in our country, and what it portends. Read it and weep, or get very, very angry.

I keep reading, of course, and can’t let this book get lost without adding it to my list. I read Amor Towles’ Rules of Civility some time ago and liked it very much, so purchased his new one, A Gentleman in Moscow, and spent a week being delighted with his writing once again. I know we all have different reading tastes (I cannot enjoy wildly dysfunctional families or mayhem) so you can count on at least reasonable civility in my list of likes. I am very comfortable in thinking this could be a great Christmas gift for a reader on your list. (The graphic and review were lifted from Barnes & Noble.)

The New York Times Book Review – Craig Taylor
…sly and winning…Solzhenitsyn this is not. The frost gathers outside, but the book proceeds with intentional lightness…Towles is a craftsman…he chooses themes that run deeper than mere sociopolitical commentary: parental duty, friendship, romance, the call of home. Human beings, after all, “deserve not only our consideration but our reconsideration”—even those from the leisured class. Who will save Rostov from the intrusions of the state if not the seamstresses, chefs, bartenders and doormen? In the end, Towles’s greatest narrative effect is not the moments of wonder and synchronicity but the generous transformation of these peripheral workers, over the course of decades, into confidants, equals and, finally, friends.