I had been to Berlin in 1966 and wanted to see it again. At that time, I was on a bus with college friends that went through the wall at Checkpoint Charlie and into the eastern sector for a quick drive through, and remember it as grim and grey and very sad. I knew it had changed since the wall fell in 1989, and, with the exception of the Brandenburg Gate, of course I found it unrecognizable. There’s a McDonald’s across the street from Checkpoint Charlie for starters.

Berlin is still under construction and reconstruction. For a city that was 70% destroyed in the Second World War, it has attempted (successfully in my opinion) to hold on to what it could, and design a city for the future in spaces that couldn’t be reclaimed. There are memorials to history which are not hidden, dated Soviet construction that is being reinvigorated, and many imaginative light-filled new buildings that spark a sense of excitement. Remnants of the wall remain as well, with sections marked by steel poles flanking buildings with photos of “then” as compared to what the visitor sees now. The open air East Side Gallery was painted on sections of the wall by artists in the 1990s as a memorial for freedom, although many of the original works are now gone or have been modified. It is still colorful and interesting to see. 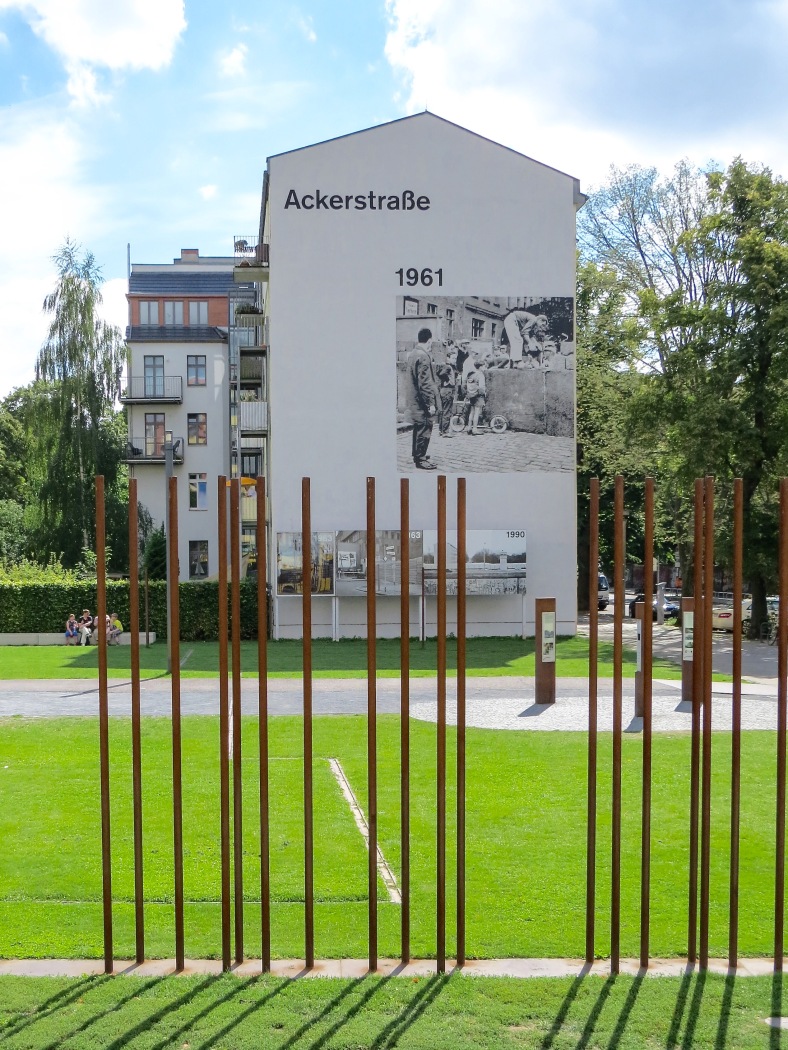 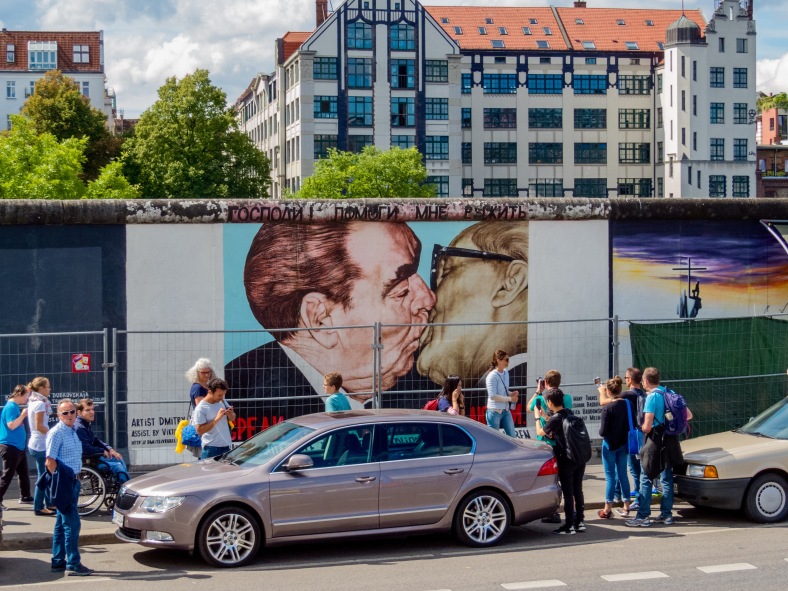 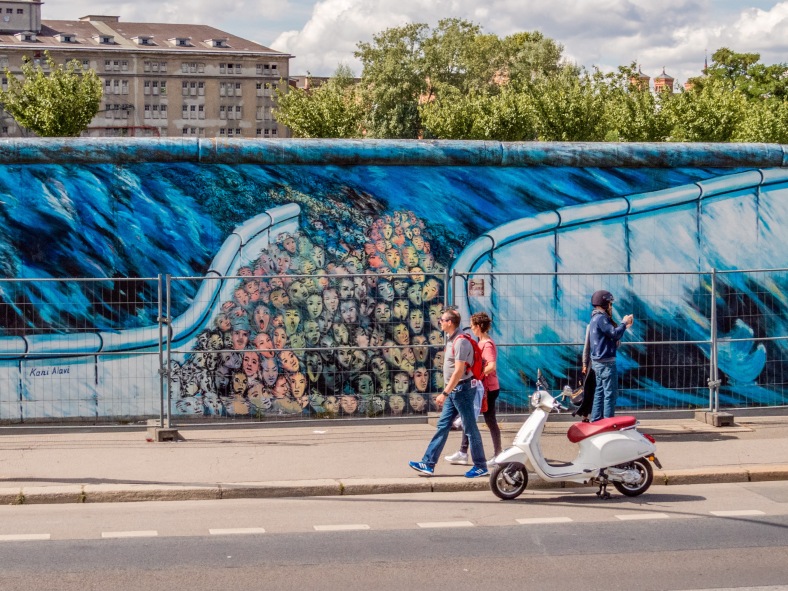 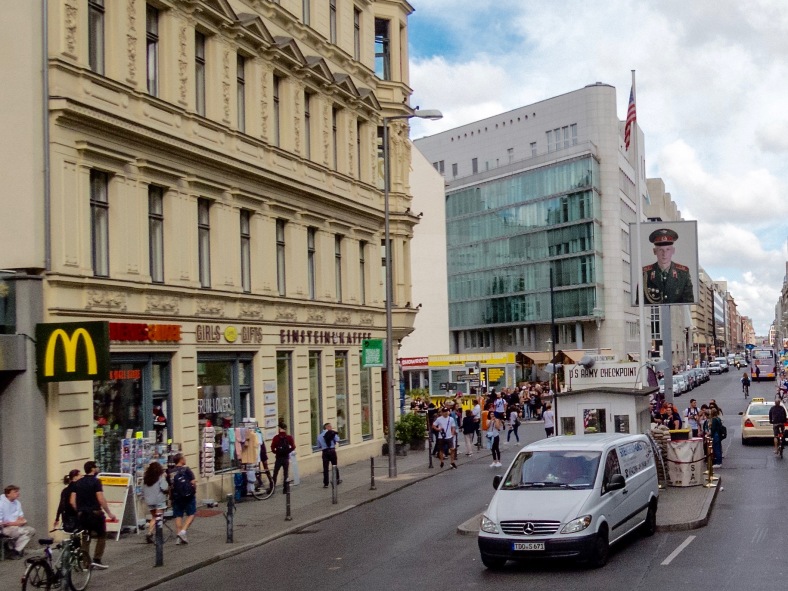 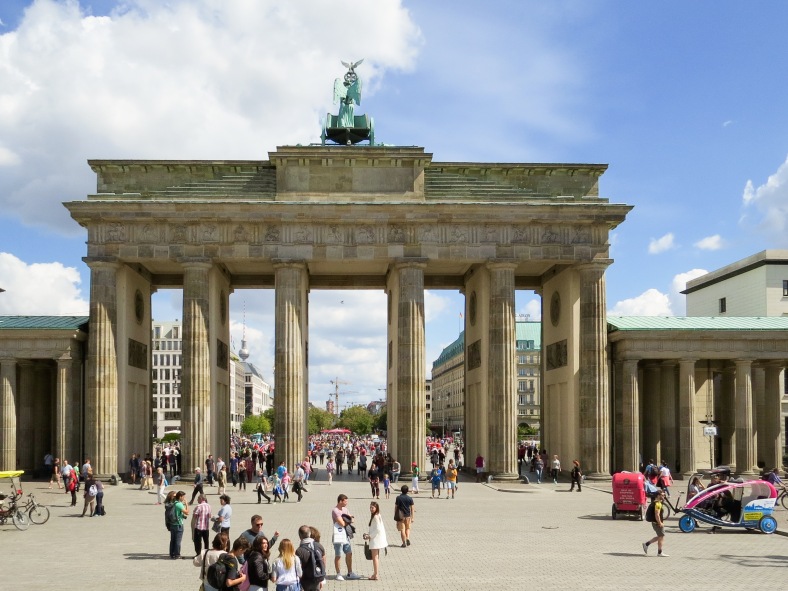 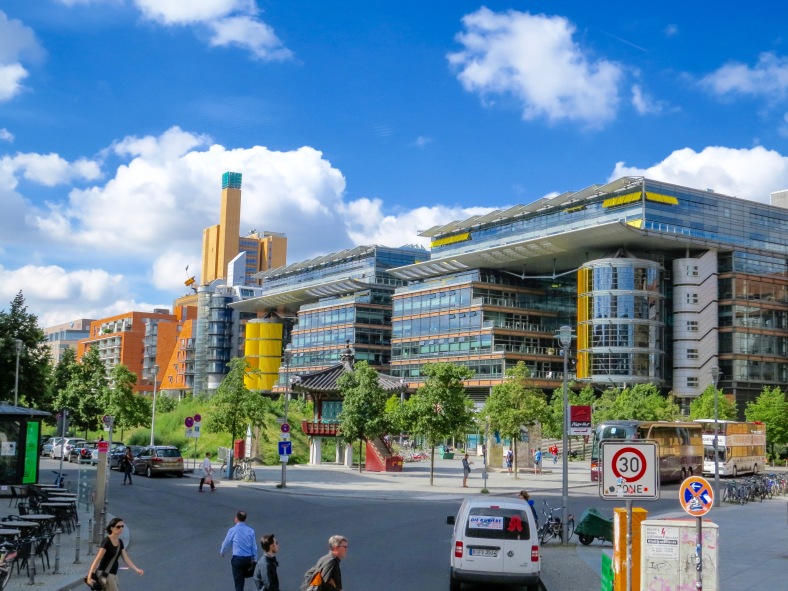 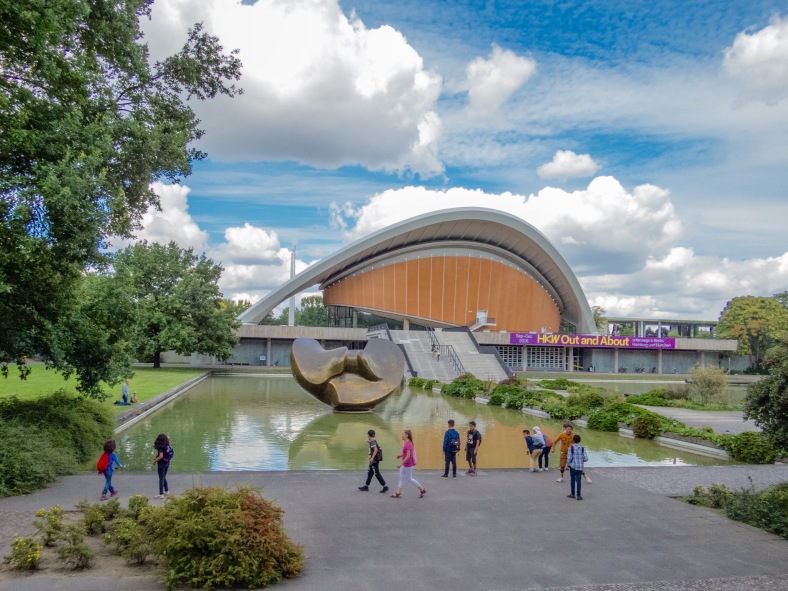 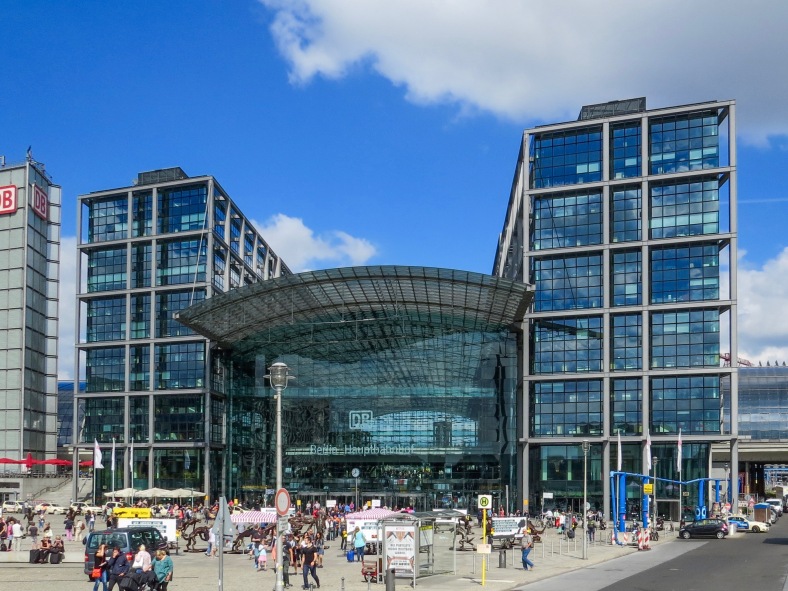 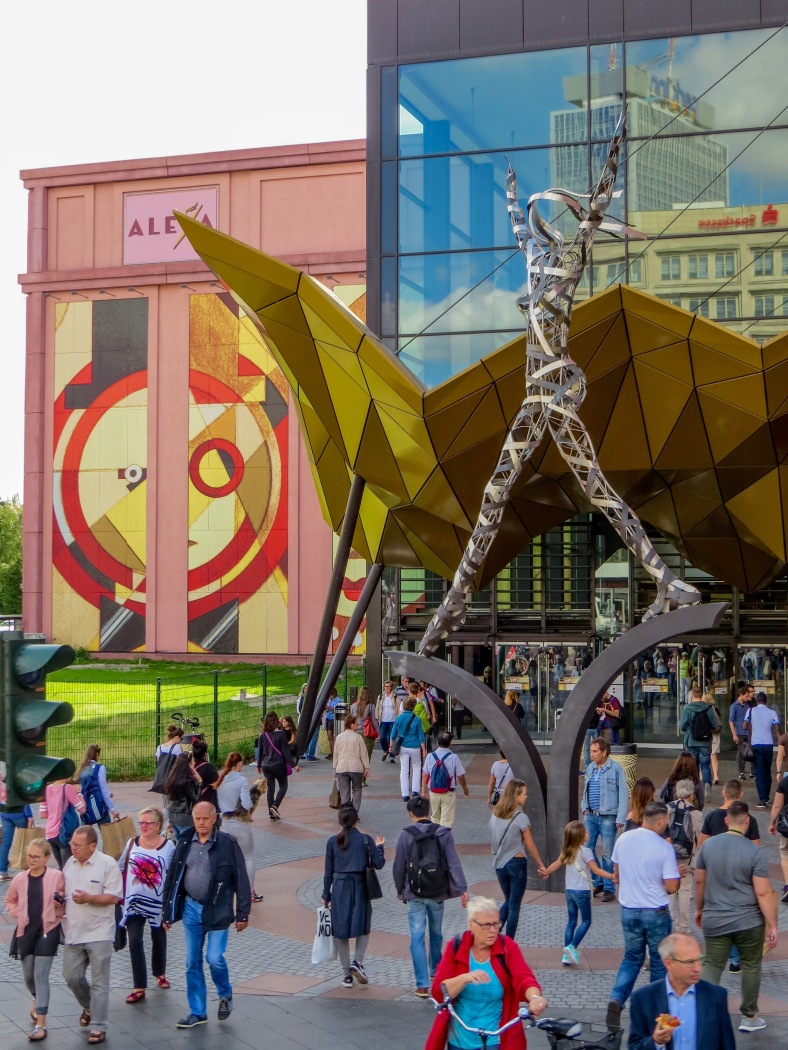 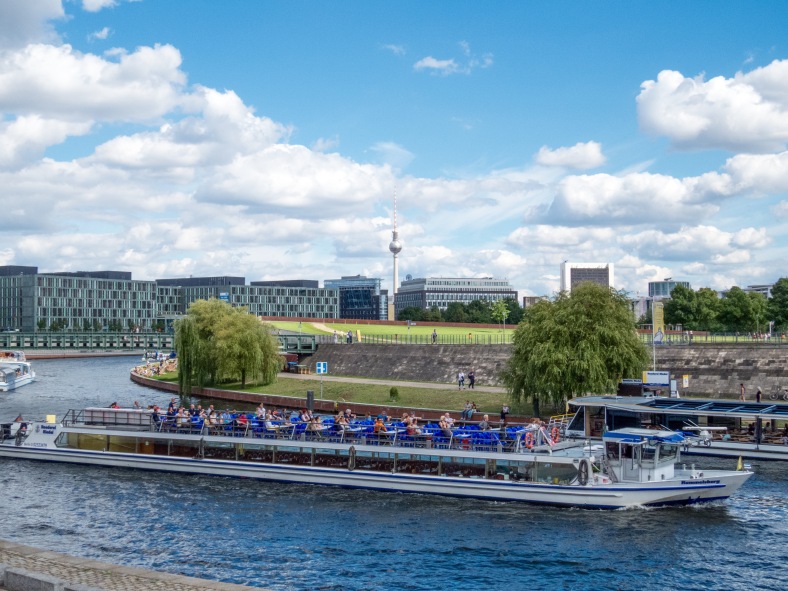 4 thoughts on “We Began in Berlin…”