According to Wikipedia, the word Lent is a shortened version of an Old English word that meant “spring season”, but in places where Christianity was already established, it came to mean the time marking (approximately) 40 days before Easter. Doesn’t sound too complicated, but of course it is.

First of all, Carnival Season, perhaps emanating from pagan traditions, actually sets the stage for Lent. In Christian traditions the carnival calendar begins on January 6th (also known as Epiphany, or Three Kings Day or the Twelfth Day of Christmas) and culminates with Mardi Gras (“Fat Tuesday”, or Shrove Tuesday or Pancake Tuesday), the last night of the party season in which to indulge before denying oneself certain pleasures during Lent.

Ash Wednesday, the day following Mardi Gras, begins the Lenten period when observers are asked to refrain from indulgences to better understand Jesus’ tests and trials prior to his final suffering on the cross. The ashes placed on one’s forehead during a service marking the day are a stark reminder of mortality, as a priest intones “Remember that you are dust and to dust you shall return”.

And what’s with the 40 days (or 46 if Sundays are included by some traditions in the countdown to Easter)? The number forty shows up more than a dozen times in the Bible, representing periods of testing and trouble in a variety of contexts. They are all gloomy times, but during Lent the weather corroborates that feeling, no matter the level of participation in observances.

I’ve adhered to the traditions blindly my entire life without much appreciation until visiting Mexico some years ago, where pageantry and devotion are especially meaningful. The color purple, used as a representation of both mourning and royalty, richly decorates churches and street altars, and flower markets sell bundles of purple blooms to take home as a daily reminder that repentance is an ongoing project.

I liked these traditions before, but now I love them. 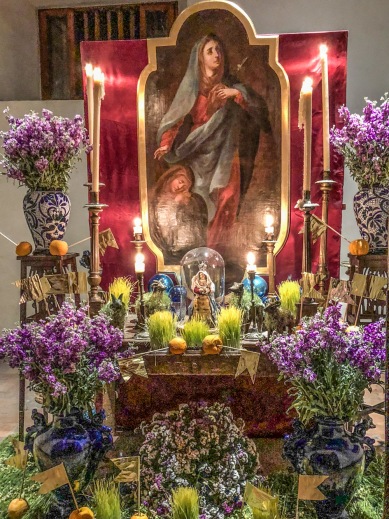 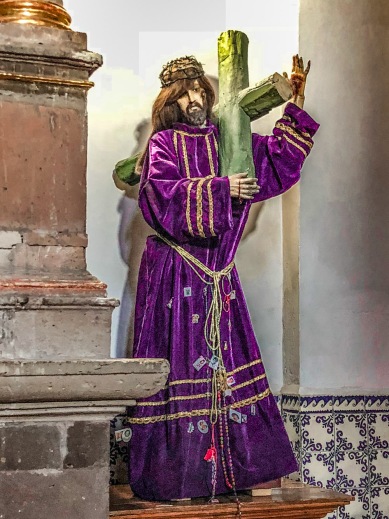 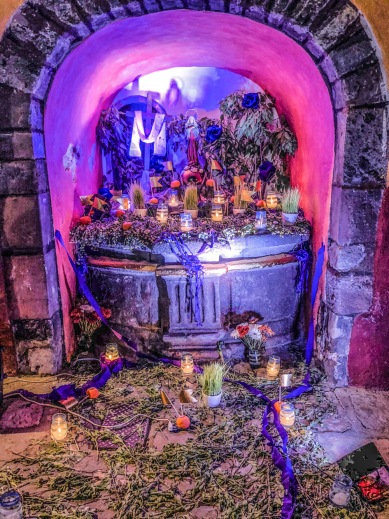 We are in the season some call Lent, which the Merriam-Webster dictionary defines as “the 40 weekdays from Ash Wednesday to Easter observed by the Roman Catholic, Eastern, and some Protestant churches as a period of penitence and fasting”. As a child, I gave up chocolate as a way to pretend I was being pentinent (which wasn’t very difficult since chocolate wasn’t a staple around the house). I hadn’t a clue what pentinent meant, or what Lent was supposed to represent; I just knew that the weeks before Easter were dreary, and the Easter Bunny would soon bring relief.

So how and when did a rabbit become a symbol of Easter, carrying a basket of eggs, when a rabbit doesn’t even lay eggs? According to German Lutheran tradition from the 1600s, the Easter hare was a kind of Santa Claus who dispensed eggs to children who had been good. Rabbits were certainly active in the spring and their talents did not go unnoticed among signs of seasonal awakening. Wikipedia also explains that Orthodox churches had a custom of abstaining from eating eggs during Lent, boiling them to preserve for the end of the fast. Perhaps this is the source of their appearance in Easter baskets, but it still requires a lot of imagination to connect eggs to a hare. We adopted these symbols after Europeans left their homelands in the 1800s, bringing their traditions to America with them.

Enjoying the arrival of spring is a universal pleasure, and there’s nothing wrong with a good story to support festivities. My preference, however, is for the much older story that celebrates renewed life following a period of darkness and distance, after a Lent observed as a remembrance of Jesus’ 40 days in the wilderness. I hope that story of rebirth and resurrection is still being shared with children, and isn’t entirely lost in commercialism and chocolate and cuteness. It has a great deal more staying power, and its source continues to send endless means through which to see the world with refreshed vision. I found renewal at the Arboretum this week, where the message was loud and clear. Hope Springs Eternal. And it is stunningly beautiful. 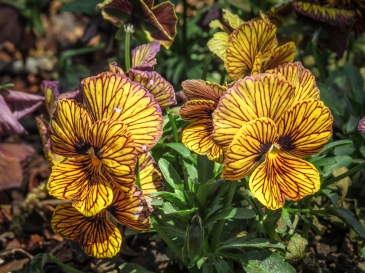 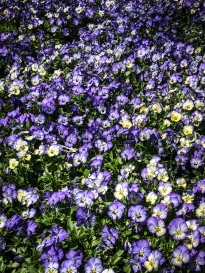 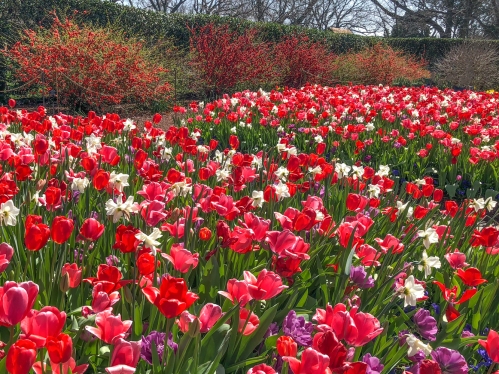 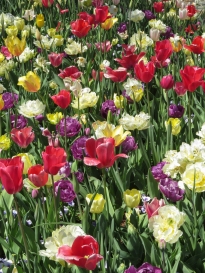 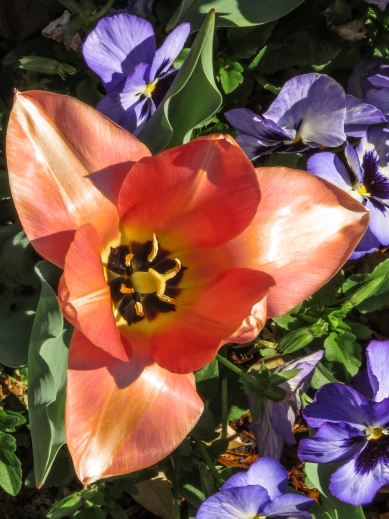